Westwood is residential and commercial neighborhood. It is home to the University of California, Los Angeles, Westwood Village, the Hammer Museum, and Geffen Playhouse. One area within Westwood is called Holmby Hills which is one of the wealthiest residential areas in Los Angeles. The exclusive Wilshire Corridor, which spans Wilshire Boulevard from Westwood to Beverly Hills, consists of luxurious condominiums. Additionally, one of the best elementary schools in Los Angeles is located in Westwood called Warner Avenue Elementary School.

In 1919, Arthur Letts (founder of the Broadway and Bullocks department stores), developed part of lands on the historic Wolfskill Ranch. After his death in 1922, Harold Janss (Arthur’s son-in-law) developed the area with 1000 residential and business lots. 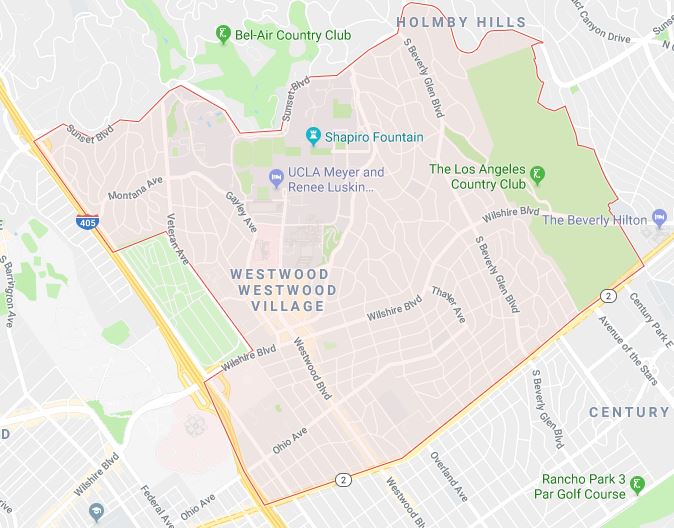