“Where The Mountains Meet the Sea.”

Pacific Palisades is a district within the U.S. city of Los Angeles, California, located between Brentwood to the east, Malibu to the west, Santa Monica to the southeast, the Santa Monica Bay to the southwest, and the Santa Monica Mountains to the north. The area currently has about 27,000 residents. It is a very affluent and primarily residential area, with a mixture of large private homes, small (usually older) houses, condominiums, and apartments. It has a small central business district on Sunset Boulevard–consisting of restaurants, stores, banks, and offices–known as the “village.” It also includes some large parklands and many hiking trails. Palisades Charter High School serves the neighborhood.

The Neighborhoods of Pacific Palisades 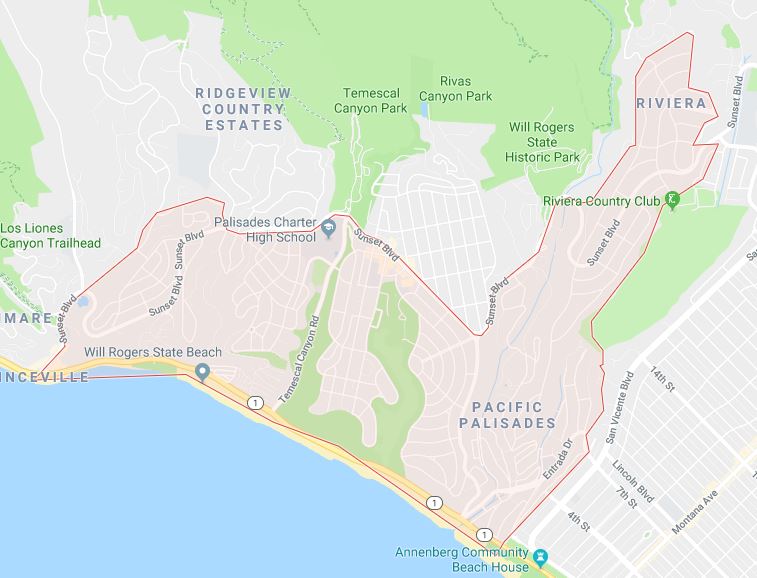