Santa Monica was founded in 1875 and incorporated in 1886. By 1900, more than 5,000 people were settled here. Today Santa Monica is one of the best loved beach communities in the country. A combination of seaside resort and thriving business community, Santa Monica graces three miles of Pacific Ocean beachfront, and boasts 300 days of sunshine annually. The climate so temperate you can leave your windows open year round.

An incorporated city of more than eight square miles, Santa Monica features its own police and fire departments, state of the art health and medical centers. The Santa Monica – Malibu Unified School District is reputed to be one of the best in California. Businesses include tourism, film, entertainment and technology. Home to such world renowned brands as Sony Music, MTV Networks and Yahoo, Santa Monica is an affluent community.

The community of Sunset Park has a rich commercial heritage, dating back to the 1920’s when the McDonnell Douglas military manufacturing company built four world cruisers that left Clover Field – Now the site of the Santa Monica Airport – for the first successful flight around the world. In the ‘40s, Douglas Aircraft brought 4,000 factory workers to labor at the Clover Field facility. Property development boomed. Now the home to many technology and entertainment businesses, Sunset Park promises endless opportunity. 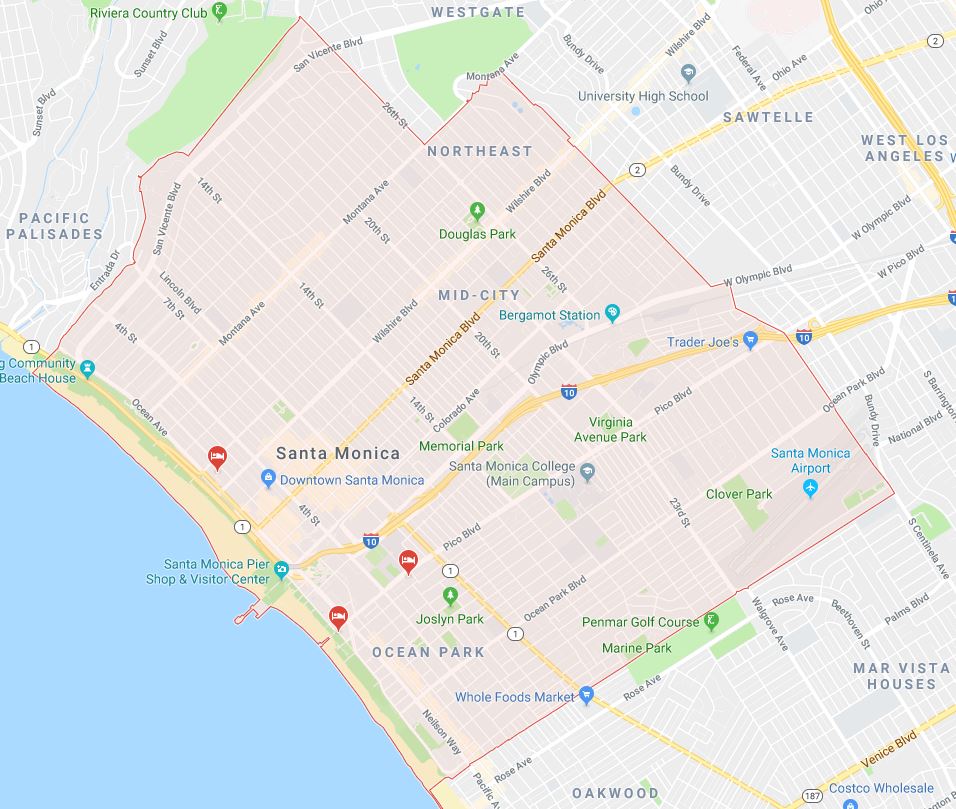