The Hollywood Hills are a part of the Santa Monica Mountains and also a hillside neighborhood of the same name in the central region of the city of Los Angeles, California. 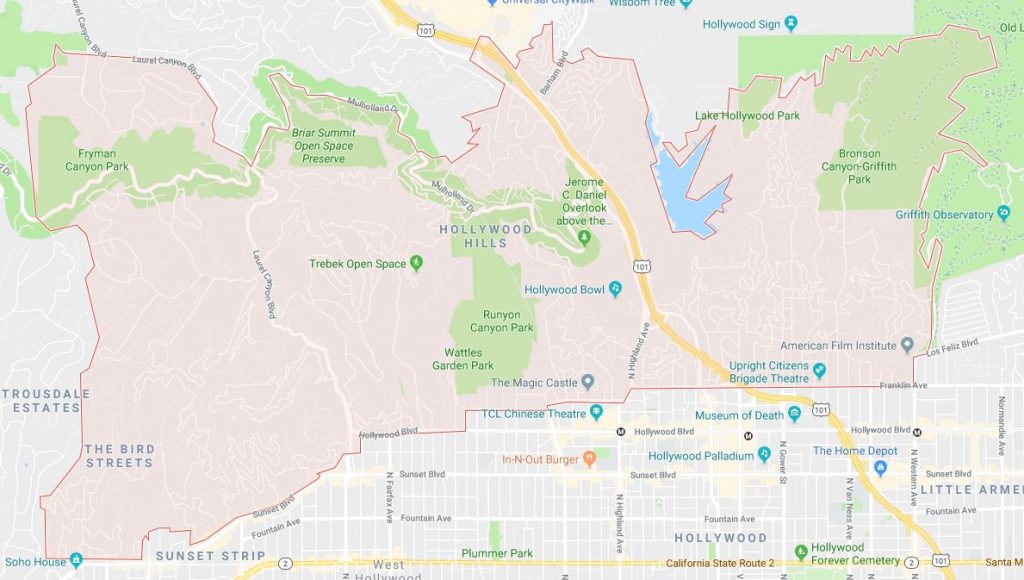