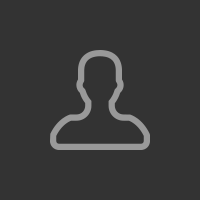 BEVERLY HILLS (KABC) — Real estate values in affluent Westside communities have remained high, despite the recession- until recently, that is.

The California coastline is one of the finest and most desirable places in the world to live, which is one of the main reasons the Westside of Los Angeles has been somewhat immune to the housing downturn.
“It doesn’t get much better than this,” said real estate broker associate, Mary Beth Woods.
Mary Beth Woods has been a realtor for 35 years and has seen downturns in real estate before, but nothing like this one and now it’s hit the affluent Westside.

“We’ve had more inventory come on the market, we have had fewer buyers, and the sales have slowed. So anybody who has really wanted to sell has had to communicate that by being competitively priced,” said Woods.

And that means dropping your dream price and getting realistic. Last year according to MDA DataQuick, the median price in Pacific Palisades was $2.6 million, now it’s $2.2 million. In Santa Monica the median was over $2 million, now it’s $1.6 million. And in Beverly Hills a $3 million property last year is now going at the more reasonable $2.1 million.

A house that Mary Beth is currently showing in the Palisades would have gone for $4 million a year ago. In today’s market the Palisades home has nearly dropped a million in value.

So at times like these it is absolutely imperative your house is ready to sell. Mary Beth says staging the home with furniture and accessories is one way to do that.

“If this had not been furnished down to the books and everything on the book shelves, the flowers and the rug. People would not get it. It would not feel like home,” said Woods.

“If it doesn’t feel like home that’s not gonna happen. And people today are so busy, their lives are so fragmented they want to see how a house is gonna look as a home. And they would like it in good condition so that they don’t have to spend any more money. They know that their costs are contained and that they can move in,” said Woods.

So with buyers not wanting or not able to spend any more money on a home after they buy it no matter where it is, then it must be move-in ready for it to sell at any price.